I listen to a LOT of meditative minimalist electronic music – which is a good thing, as I’d be a bloody nightmare to be around if I spent my life surrounded by bouncy happy groovy music. This helps keep me relatively grounded, relatively chilled and relatively sane but sometimes I need an extra layer of frisson on top of my ice cream cone of minimalism – a great big chocolate flake of extra sounds to bounce me out of my daily trance.

I honestly don’t know where the fuck I was going with that metaphor but I’d like to think this fantastic Jonas Reinhardt album is a veritable 99 of ice creamy musical excitement (oh shit, I’m going off on that tangent again…). It has the beautiful electronic droney minimalism as its bedrock but chucks slabs of noise, loops and rhythms on top/underneath/by the side.

I love the fact that it continuously surprises me with the musical twists and turns, even though I’ve played it about 40 times and it seems to change as it moves along – like it’s evolving by the day. It is released on the always fantastic Deep Distance label, the older Brother to the equally great Polytechnic Youth label – and i’d recommend the shit out of pretty much EVERYTHING on those labels.

And now I want an ice cream. A Hockings ice cream in fact (local Devon ice cream), with a flake and a big dollop of clotted cream on top. More so than I want to write about music, that’s for sure – so I’m off now… 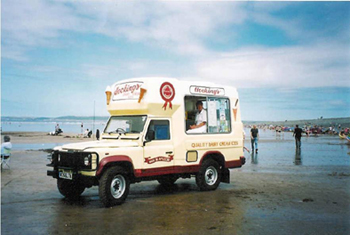